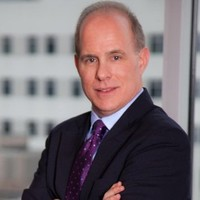 Pete Waldron is the President of The Catholic Foundation of Eastern Pennsylvania, a non-profit that focuses on building and managing endowment funds. He has over 35 years of experience leading corporate citizenship, marketing, communications, and philanthropy efforts.

Pete started his career in the newspaper industry before pivoting to public service as an appointed government official. He later landed a sugary-sweet consulting job in the candy industry with The Hershey Company before taking on a corporate affairs post at a wholesale petroleum company.

Generating revenue has been on hold for a lot of non-profits since the COVID-19 pandemic hit the globe. But as the world slowly begins to reopen, President of The Catholic Foundation of Eastern Pennsylvania, Pete Waldron says non-profits that don’t have a long term investment in a true endowment are going to continue to struggle, and sadly, may have to close their doors. To stem the tide and create a bedrock of financial stability, non-profit organizations should consider building endowment funds as part of the new normal.

Find out all about endowment funds and why Pete says your non-profit organizations should normalize building one on this episode of Philanthropy212 Podcast. Stay tuned.

This episode is brought to you by Philanthropy212,  a fundraising consulting company focused on helping not-for-profit organizations build sustainable practices and programs that raise more than just money.