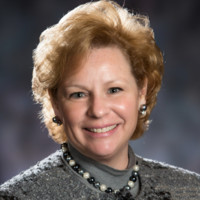 Cristine More is the Chief Philanthropy Officer at Wentworth-Douglas Hospital and Health Foundation. She has served in the not-for-profit community for nearly 30 years.

Mergers in the not-for-profit environment do happen depending on the resources available and how the merger process is carried out. These mergers can prove to be beneficial for all parties concerned if done correctly and if the people who are at the helm the merger are able to control the situation such that the key components of a successful merger are met.

For Cristine More, Chief Philanthropy Officer at Wentworth-Douglas Hospital and Health Foundation, mergers are a tedious process but time can be your friend during a merger. She notes that among all the things that you need to keep in mind in the process of a merger transparency and honesty are the two non-negotiables whatever the situation may be.

In this episode of the Philanthropy212 podcast, Penny Cowden gets to interview Cristine about her experiences in doing mergers for not-for-profit organizations. They also get to talk about what makes mergers successful, the role of leaders during a merger, and why establishing trust right after a merger is completed is crucial. Stay tuned.