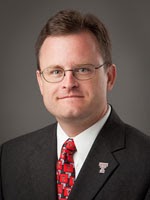 Dr. Rusell James is very well known in the philanthropic and estate planning fields. He is currently the Professor of Charitable Financial Planning at Texas Tech University where he is leading research on charitable giving and fundraising in pursuit of his focus to make and share words, pictures, and discoveries that help others to encourage generosity.

His research has been cited in The Economist, The Wall Street Journal, The New York Times, US News and World Report, CNN, NBC News, Bloomberg News, ABC News, USA today and the Chronicle of Philanthropy.

There are different forms of giving people want to be associated with but when it comes to legacy gifts, research has shown that most people are likely to try to avoid the subject because it reminds them of their own mortality. But according to Dr. Rusell James, Professor of Charitable Financial Planning at Texas Tech University, there is a way to broach that subject without sending alarm bells ringing. Even better, there are key methods of encouraging donors to take part in legacy gift giving that fundraisers need to be aware of.

Dr. James’ research has led him to understand the subtle art of philanthropy through methods such as the use of econometric analysis of large data sets, functional magnetic resonance imaging, neuro imaging, and skin conductance response. His more than 25 years as a planned giving fundraiser and estate planning attorney has helped get a better understanding of the world of philanthropy.

Tune in as he discusses with Penny Cowden about the research he has done on legacy gift giving, his techniques in encouraging a bigger audience to participate in legacy donations, and the importance of reflecting the donor’s life story in their donation.