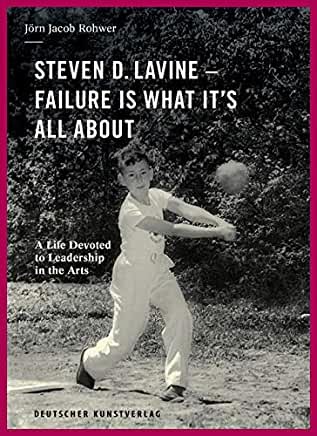 Steven D. Lavine is the longest-serving president of the California Institute of the Arts (CalArts). The institute was born out of Walt Disney’s vision for an art school over 50 years ago. CalArts had become embroiled in crisis until Steven became president, leading it to financial prosperity and international acclaim.

When Steven took over the school, their debt was at 1.8 million out of a 16 million dollars budget. Steven served as its president from 1988 until 2017. During this time, CalArts became a pacesetter in domestic diversity, community engagement, international linkage, and cutting-edge production and presentation.

Today, CalArts is the cradle of many Academy Award and Pulitzer Prize winners as well as Mellon and Guggenheim fellows, becoming a hotspot for American creativity. Steven’s nearly 30-year tenure is the longest, not only in the history of CalArts but also one of the longest-serving college presidents in the United States.

Steven D. Lavine began his journey at the California Institute of the Arts (CalArts), almost certain to fail. He was faced with a 10% debt to budget ratio. A big supporter had become tired of giving more to the institution. He swam in a sea of ideas from everyone’s opinions on how to proceed. These were but a few of the many failures the CalArts presidency faced. What then would a first-time college president do to provide lasting change?

Steven takes us on a journey through these many challenges from 1988 until 2017 and how he pushed through them all. Find out how Steven wrought the $150 million dollar fundraising miracle for CalArts, whose previous highest raise was $2 million. In short, there’s a lesson for every philanthropy professional in this episode.

Listen to this installment of the Philanthropy212 Podcast with Penny Cowden featuring Steven D Lavine, the longest-serving President of CalArts. They discuss the travails of CalArts at the time Steven became president and how he led them out of the woods. Steven shares his leadership style throughout his time there, why it worked, and what he did when rebuilding CalArts after the 1994 earthquake. Stay tuned for these inspiring stories and more.