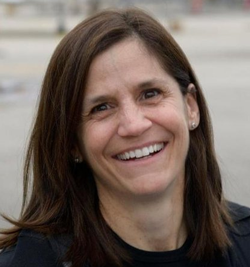 Nina Fascione is the former Vice President of Philanthropy at Defenders of Wildlife. She oversees efforts to raise organizational fundraising through foundations, corporations, and individuals for strategic conservation work. Before working with Defenders of Wildlife, Nina was Executive Director of Bat Conservation International from 2010 to 2012, where she guided the Austin, Texas-based organization in their mission to protect bats and their habitats around the world.

Nina has also been the Vice President of the Field Conservation Program at Defenders of Wildlife. She managed 30 staff members at nine regional offices dedicated to endangered species and habitat conservation. She is the Co-Founder and Board Chair of the Emerging Wildlife Conservation Leaders, is on the board of the Ewaso Lions, a conservation organization in northern Kenya, and has authored and edited dozens of journal articles, book chapters, and technical reports covering wildlife science and conservation.

Listen to this episode of Philanthropy212 with Penny Cowden and hear more about fundraising collaboration from Nina Fascione, the former Vice President of Philanthropy at Defenders of Wildlife. They talk about how marketing and development teams can work together, the importance of establishing a culture of philanthropy in your organization, and more.