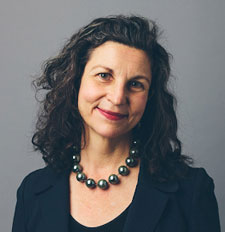 Gina Bria is the Founder and Executive Director of the Hydration Foundation. She’s an anthropologist and was named Real World Scholar with the World Evolved Lecture Series. She has opened a new conversation on what hydration is beyond just liquid consumption. Some of her greatest work has been documenting the process of hydration in desert communities.

There’s a public longing to give, but most donors want to experience the impact of their gifts and be counted among a community of people changing the world. These types of donors constitute a new class of donors that many fundraising professionals often ignore. The reason is that fundraisers don’t know how to activate that public longing and make them feel triumphant.

Gina Bria, the Founder and Executive Director of the Hydration Foundation, has found a way to solve that problem. According to her, it is the single-action donation approach: giving people a specific enough ask that they feel like they’ve accomplished something together. Want to know more about how Gina uses the single-donation strategy to help rollback the world’s ecological crisis?

Listen to this episode of The Philanthropy212 Podcast with Penny Cowden as she discusses unlocking the public longing to give with Gina Bria, Founder and Executive Director of the Hydration Foundation. They highlight how Gina is getting the public to donate and help farmers get the best form of water into their farms to address the global ecological crisis and more.